I started writing a poem several weeks ago while we were on the tour, while reading too much election news in the car on the drive from show to show, and reeling in the collective anxiety of a nation in crisis. This country, folks, is BIG. And it’s filled with so many different realities. It’s hard to process how we can really even be one country, a fact that was illustrated in spades with this most recent election.

We passed by trucks hauling the mammoth wings of wind mills about to be erected in Iowa, and drove past literally hundreds of fracking fields in Wyoming. The water tasted like chemicals for a hundred miles. We went to Standing Rock, our car heavy with donations and witnessed the most incredible Indigenous resistance movement of our generation. We heard the stories of dozens of Indigenous and non-indigenous people who had come: a Palestinian family from the deserts of New Mexico and a line-cook from Southern California. At the time we were there, over 250 different Indiginous nations from North America were present, in solidarity with the Sioux Nation, fighting the North Dakota Access Pipeline – and they are still fighting now (If you would like to support Standing Rock, you can do so here). A few states over, we also spoke with people who worked for energy companies, who thought the protests would pass and that everything would go back to “normal” soon.

We stayed with some friends in a beautiful, queer neighborhood in Cleveland, Ohio, and played a show at an adorable vegetarian restaurant. Two days later, we were in a gas station in rural Nebraska, where the brutal violence on the bumper stickers being sold made me afraid and sick to my stomach as a female-identifying human:

“I still miss my ex, but my aim is getting better“

That kind of bold-faced violence towards women’s bodies in the form of legally-sold merchandise was absolutely terrifying. How do you even begin to bridge the gap with someone, when the merchandise they carry displays such contempt for women’s safety? How do you explain how that kind of language effects your ability to sleep at night, or your ability to feel safe getting gas and a cup of coffee at any given random stop along the roadside? Sometimes you don’t. Sometimes you pay for your coffee and drive away feeling scared and heart sick.

Not even an hour after we visited that gas station, the news broke that the 5 pipelines that brought tar sands into the United States had been shut down by individuals at valve stations in 4 different states.

“This is my act of love” wrote Annettte Klapstein, one of the #Shutitdown valve turners. Annette is grandmother who truly believes this kind of direct action is the only way to insure a future for her grand children and combat the climate crisis we are facing. Annette and the other valve turners are facing federal charges because they acted on their moral conscience. They did the exact opposite from driving away from the problem: they are facing it head-on, and facing great personal risk doing so.

It can be confounding to try and hold the diversity of the American experience. Reckoning with our diversity as a nation is the work of a lifetime, and we shouldn’t be OK with the parts of the American experience that terrify us and make us feel unsafe. We must find ways to build our power, and find ways to confront those forms of violence, whether they target the earth, or ourselves and the people in our communities.

On Wednesday, November 9th, we went to the Seattle anti-Trump rally in Westlake, and gave our voices to the anger, the injustice, and the rallying cries for an intersectional, big-hearted movement toward justice. Amongst the cries of “Not My President” were other cries; “Stand with Standing Rock” “Black Lives Matter” “Water is Life” “We are the 99%.” All our movements are in conversation with each other, always. All our movements toward justice need to support each other, and be in solidarity with one another. Marching against all the things a Trump presidency stands for is, in many ways, a reflection of this basic truth.

After the protest, we filled our bodies with some food, and headed to an organizing meeting. That was the protest that felt the most real. It’s the work we do now that will keep us grounded, along with our community, participating in creating beauty and art.

On Thursday, November 11th I got up the courage to play music with Doug and with our violinist, Julie. It felt more than cathartic: It felt essential. We’ve lots to do, and there are so many hands to do it. We need song and art and community and love and humility. We need to listen and learn and look hard at this country, both for what it is and what it can be.

In love and in prayer, we will calm this crisis down. We will rise.

Here we are, older now and ready to sing

By Erika Lundahl
The women measured him
scaled the stones of his throne
found him wanting in the usual way
a barrage of bold come-ons and violent entrées,
but behind fresh pressed suits of providence
the Blitzkriegs of business intended to separate
the haves and have-nots:
the good ol’ boys bravado
is a frail and sickly tyrant exposing
the bullshit of generations of power unopposed

and it bleeds a foul smell
that hangs angry in the air around
like rotting meat, turned
a burning acid permeates
the precipitation in the air here
leaves a thick yellow film
on the truck windows, on the seats of our chairs
on the ocean’s edge, as we troll
for our supper in this sea of despair

…and every woman wonders to her sister,
wanders through her secret soul
asking, how? How? How? How is it
that we are still here, still stuck with the grinding task
of confronting the bluntness of contempt for any gender
not purely masculine, not purely born in
to the principles of power and accumulation.

And I know I know that oppression has many faces,
many aces of diamonds mined, and I must own
that so much oppression looks kindred to privilege of mine.

It’s October 19th, 2016 and I watch the talk show
pundit after the debate, white, blond and preened,
a perfectly made-up airlines hostess
in first class, a lady in waiting,
she offers him a warm towel,
adjusts his seat as she fights his corner,
excusing his language of assault,
laughing off jabs at her intelligence,
brushing off his unwanted touches,
undermining of her experience
with words he gave to her:

boys will be boys, the lines she tried
and tried to swallow for years with her tears,
before she learned she could
grow the fire in her belly to a roar and began
to spit flames, honing the tools
her mother gave her into a finely tuned instrument,
ready to ready to bring

So here she is, older now and eager to sing,

so impatient with the suffering,
impatient with the erasure that made her,
slowly, instance by instance,
that systematic lowering of her insistence for a reckoning
time is a tricky tool, an untamed flame
that will curse as soon as caress, it’s true

but she is too restless to rest now,
too awake to play at being helpless
oh just arrest me with the agitators,
that is my tribe, we who are through with being
pleasing and supine

It only takes a handful of humans to resurrect the resistance,
take the reins, stand firm and make seen
the invisible vines that squeeze the breathe
from this tree of life supreme

We are honing the tools of our mothers into finely tuned instruments,
ready to ready to bring
So here we are, older now and ready to sing. 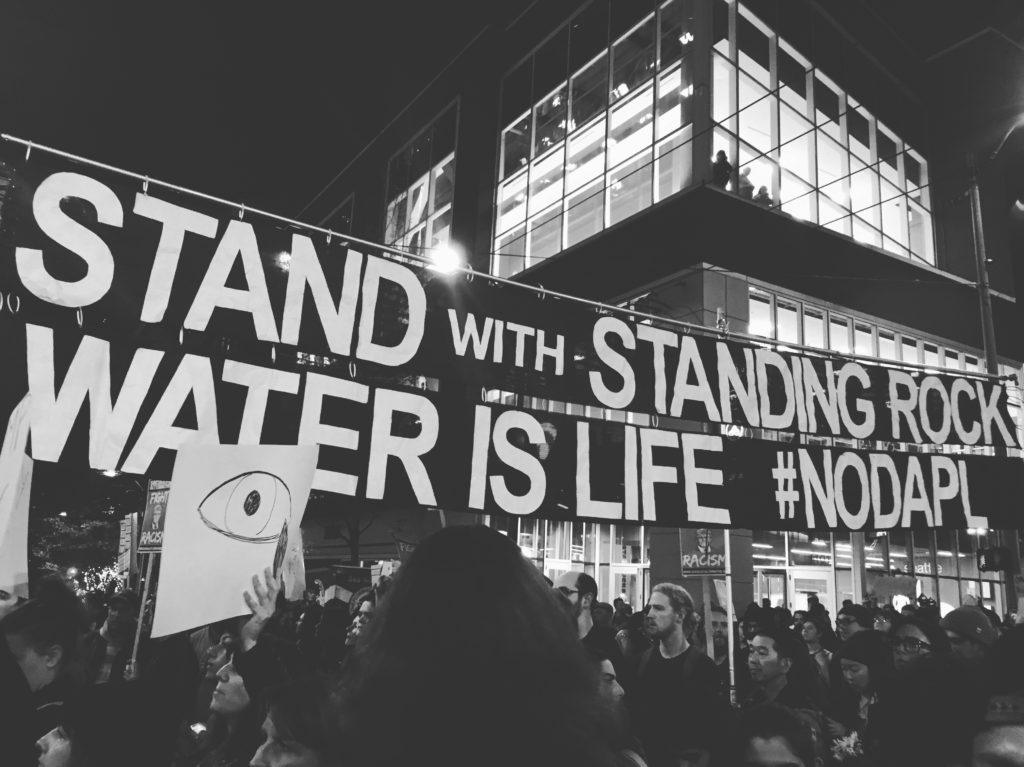 This site uses Akismet to reduce spam. Learn how your comment data is processed.

There are no upcoming events.